Are there specific events or activities that make a new country a home for someone?  This question is at the heart of integration programmes and one in which a 30-year old Syrian named Khaled has seemed to answer for himself, although he’s been resettled less than a year.

Nestled below the formidable Norman Gothic Exeter Cathedral in southwestern England, there is a small, unremarkable flat nestled among its neighbours.  From the outside, one would never imagine the remarkable story and optimism that awaits once inside.

Khaled is a doting father of two who opens the door to his second-floor flat as four-year old Lemar comes bolting out to greet us.  She is quickly beckoned back inside by her mother, Dalal, holding the newest addition to the family, 2-month old Mila Prudence. The family greets us with some of the most genuine smiles I’ve ever seen and welcomes us into their comfortable and typical, small English flat.

Eight years ago, Khaled was living in Deir ez-Zur, Syria, near the Iraqi border, studying History at a university.  He watched in horror as everything he once knew was destroyed when war and extremist ideology engulfed his country.
Mustering all his courage, he travelled across the war-torn country to meet Dalal, his then-girlfriend.   Meeting on an internet chat-room a year or two earlier, Khaled knew he found his soul mate.  He could not make any decisions about his future without Dalal and for that, he had to finally meet her in person and that meant traveling into a conflict area.

“The first time I saw him, he was wearing black trousers and a pink shirt standing at the crossroads into Homs (Syria),” remembers Dalal.  “Although I never saw him before, at that instant, I felt like I already knew him a long time ago.”
It was a very dangerous time as Homs was half-way through a three year siege.  “I couldn’t believe he came,” says Dalal.  “The war was everywhere.” Shortly after, they were married and together they crossed into Lebanon with their passports in hand.

In Lebanon, life was very difficult.  Khaled and Dalal moved from town to town, fleeing xenophobia, hunger and desperation.  A small glimmer of hope entered their life with the birth of their daughter, Lemar, but was replaced by trepidation as Dalal became gravely ill.  With no money to pay hospital bills, Khaled turned to crowd-funding for his wife’s critical medical procedure.  Eventually, he raised enough money to pay the immediate bills, but her health would not be able to withstand the tough condition of refugee life.

It felt like fate that his crowdfunding campaign brought his case to the attention International Refugee Assistance Project (IRAP), who helped Khaled and Dalal register as refugees in order to be considered for resettlement.
“What did I feel when I was told my papers had been submitted to the UK?  It was like newly being born.  After such hardship, I saw hope,” said Khaled.

Once officially accepted by the UK to be resettled as a refugee, Khaled and his family went to an IOM facility for a health assessment, making sure Dalal was well enough to travel and to know if the family would need any additional considerations or follow-up treatment once in the UK.

Khaled said he knew “a bit” about the UK before he attended his pre-departure orientation by IOM.  “I knew about Queen Elizabeth,” he laughs.  “But I also knew some British people that I met in the refugee camps and I really liked them.”
IOM arranged the flight to the UK from Lebanon for Khaled and his family.  “I couldn’t believe it.  It was like a dream.  This was the very first time I was ever on a plane. I was so excited as we were landing, I took so many photos out the window.” said Khaled.

By contrast, Dalal says “I was so tired on the plane.  I felt like I hadn’t slept in a year.  When we first arrived, I slept for almost two straight days.”

In 2017, Khaled and his family were resettled under the UK’s Vulnerable Persons Resettlement Scheme (VPRS), run by the Home Office.

Those first days in the UK, the family felt blessed. “As soon as I arrived, my new life was waiting, my house, services, furniture. Refugee Support Devon (RSD) helped us feel at home. They are like our family now.”
“In Lebanon, I couldn’t give Lemar a proper childhood. There was no routine as we never knew when we would find food, there were no playgrounds, no toys at all. Now we are trying to make up for it…maybe too much,” laughs Khaled.  “Have you seen her room now filled with toys?”

Everything Khaled does, he seems to do with such hope and enthusiasm.  Khaled has enthusiastically thrown himself in his new life, learning the language, culture and even the piano.  “I watch YouTube and I learn” he smiles as he (rightfully) proudly plays Jingle Bells.

Kahled is a bit of a serial volunteer during his free time as he builds his skill and confidence in the English language.  The list of activities is very long, but include feeding homeless people at a local Baptist church, volunteering at a community group encouraging exercise and free movement, volunteering with the local police (“they have treated me so kindly,” he says.) and persuading the local community to host international events bringing different types of people together.

“I have lived in a placed where discrimination existed.  The best way to overcome discrimination or wrong ideas is to meet people who are different than you – be it faiths, nationalities or whatever.  It removes barriers, it removes previous assumptions.  Perceptions change and that’s what we did.”

Khaled and his family have been in the UK for one year now.

“I want other refugees to know how important it is to get out of your house to meet other people.  Make friends, learn the language and join the local community.  Here in Devon, the community welcomed me. I never felt like a foreigner,” Khaled declares.  “I feel like I have the whole of Exeter as a family supporting me and welcoming me.  I belong.”

And that is at the heart of integration – with both refugees and the host communities learning about each other, sharing their experiences and expectations.  As Khaled continues to make the UK his home, we wish him, Dalal, Lemar and little Mila Prudence all the best. 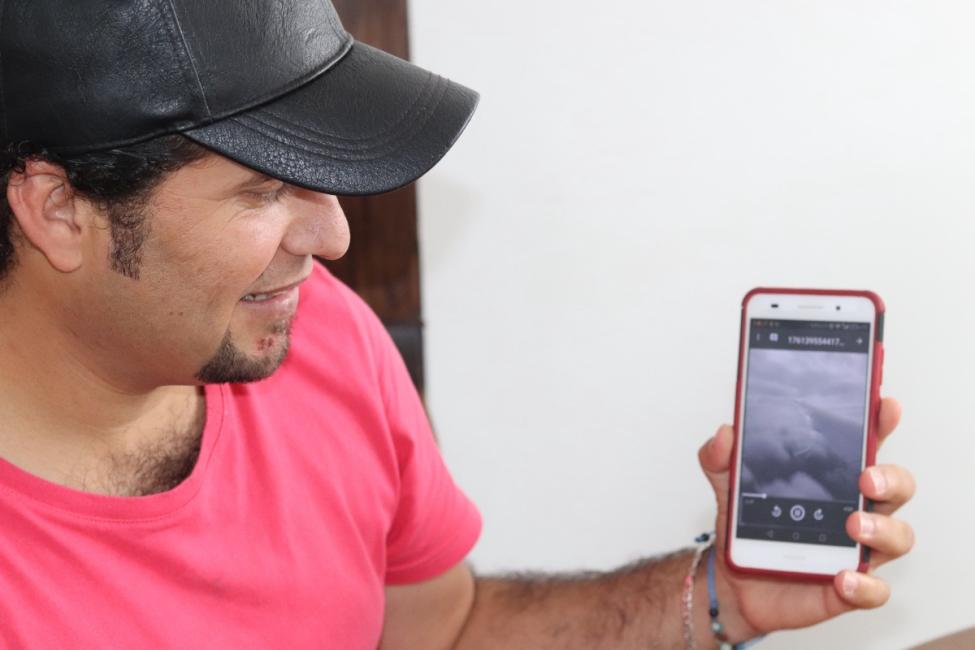 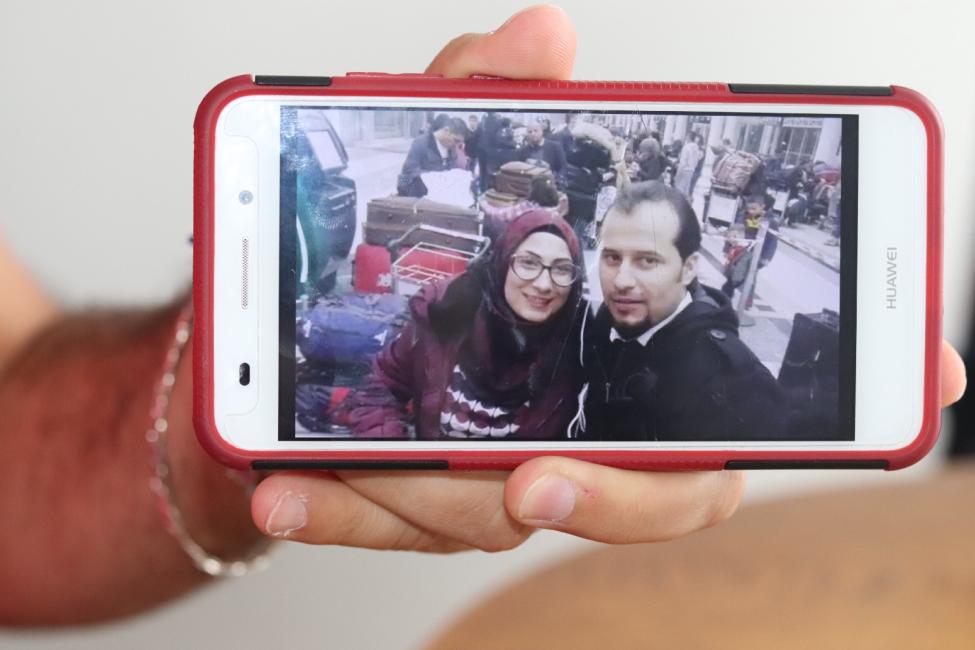 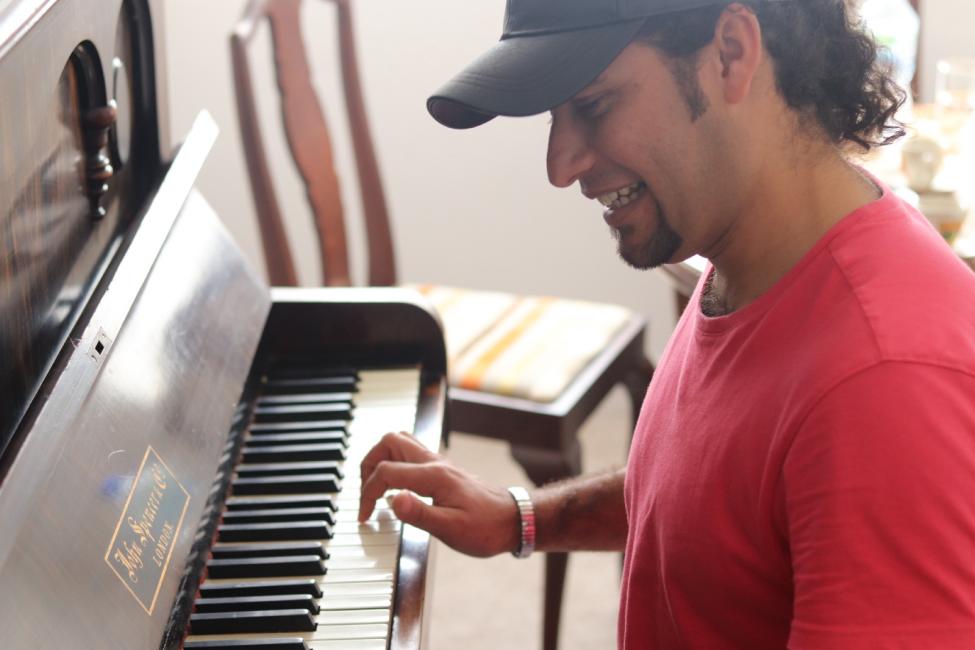 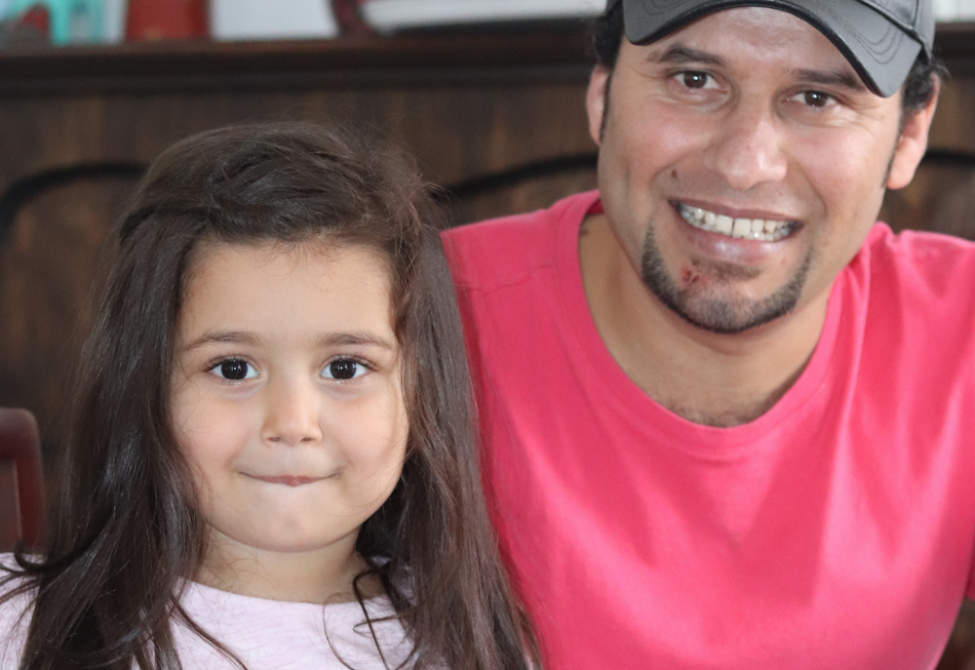 Supporting and building skills for stranded migrants in Niger

Resettlement gives Syrian refugees the opportunity to rebuild their lives