For over 65 years, IOM has played a vital role in providing essential services in support of refugee resettlement operations around the world. In close partnership with the United Nations High Commissioner for Refugees (UNHCR), central and local government agencies as well as civil society partners, IOM UK has been facilitating the resettlement of refugees to the UK since 2004.

We play a role in the resettlement of refugees to the UK, providing individuals and families with pre-departure and travel assistance, including health assessments, provision of travel documents and visas, pre-departure orientation and operational and/or medical escorts, before refugees are helped to settle in communities across the UK by local authorities and NGOs.

Since the UK Government announced the expansion of the Vulnerable Persons Resettlement Programme (VPR) to allow 20,000 refugees to be resettled to the UK from Egypt, Iraq, Jordan, Lebanon and Turkey, we have been providing assistance to individuals and families. The Vulnerable Person Resettlement Scheme (VPR) accounted for more than three-quarters (4,408) of the 5,612 refugees resettled in the UK in 2019.

Since it began in 2014, 14,945 people have now been resettled under the scheme. The latest published Home Office statistics are found here

The VPR gives priority to particularly vulnerable refugees, including women and girls at risk, children and adolescents at risk, survivors of violence and/or torture, refugees with legal and/or physical protection needs, those with medical needs or disabilities, individuals at risk due to their sexual orientation or gender identity, and refugees with family links in the UK. IOM works closely with its missions in the region and partners including the UK Home Office, the Foreign & Commonwealth Office (FCO), UNHCR, and British Embassies to provide refugees with health assessments, travel documents and visas, pre-departure orientation, travel arrangements and IOM operational and/or medical escorts to the UK.

Given the continuing instability in the Middle East North Africa (MENA) region and the particular vulnerabilities of refugee children, regardless of nationality, the UK Government announced in April 2016 the launch of the Vulnerable Children’s Resettlement Scheme (VCRS) aiming to resettle up to 3,000 children who have become displaced and are in need of international protection. Between September 2016 and September 2019, 1747 people were resettled under the VCRS scheme.

Within the framework of the programme, IOM is responsible for providing health assessments, assistance in arranging travel documents and visas, pre-departure orientation, and providing operational and/or medical escorts until the children – accompanied by family members or unaccompanied minors - meet the host local authorities on arrival in the UK. Similarly to the VPR, we liaise with IOM country offices in the region, the UK Home Office, FCO, UNHCR missions and British Embassies in countries of departure.

In 2019, we assisted with the resettlement of 704 refugees to the UK under the Gateway Protection Programme.

Since 2013, over 10,000 individuals have been assisted with family reunification. 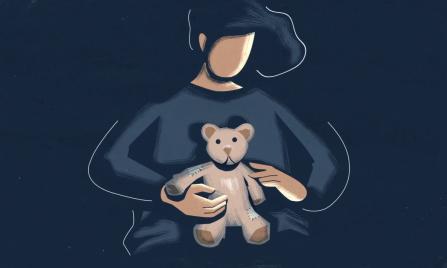 What is Refugee Resettlement?