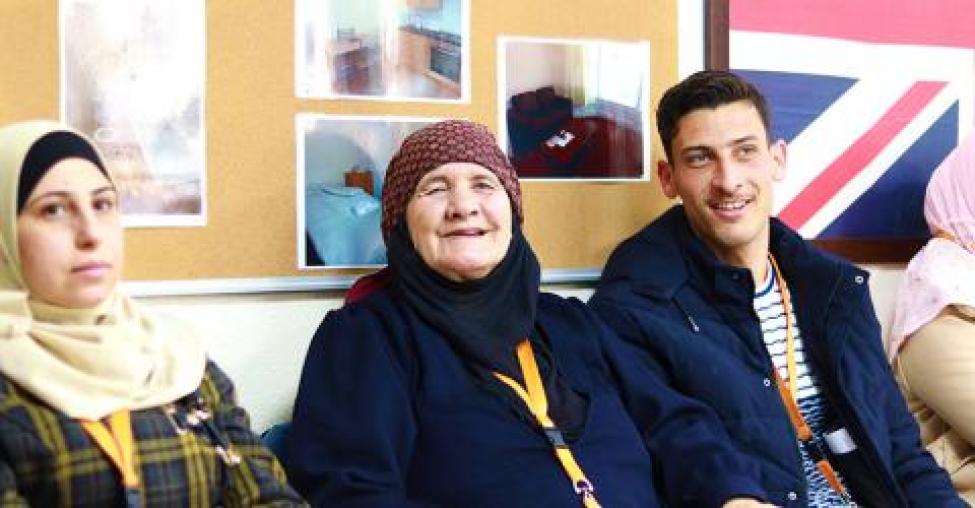 London – At the start of Refugee Week (17-24 June), UK Home Secretary Sajid Javid confirmed plans for the UK government to resettle in the region 5,000 refugees in the first year of a new consolidated global scheme.

“I welcome the UK’s commitment to resettle at its current levels beyond 2020 and with a broadened geographical scope beyond the Middle East and North Africa,” said IOM UK Chief of Mission Dipti Pardeshi.

“Today, less than one per cent of refugees worldwide have been resettled and the need continues to be dire. Countries must do more under our shared humanitarian responsibilities to offer more legal pathways like resettlement, family reunification and community sponsorship.”

IOM works closely with national and local governments, UNHCR and other partners to resettle refugees most in need of protection, including people requiring urgent medical treatment, survivors of violence and torture, and women and children at risk.

Today’s announcement provides partners, local authorities and other stakeholders with further information about the UK’s plans beyond 2020 as the end date approaches to the initial scale-up which began in August 2015.

“What did I feel when I was told my papers had been submitted to the UK? It was like newly being born. After such hardship, I saw hope,” said Khaled, a Syrian refugee who resettled to the United Kingdom in 2017. With his wife and two small children, Khaled is volunteering in his local community at a homeless shelter as he builds his language skills to be able to find work.

As part of its work in the resettlement process, IOM facilitates pre-departure health assessments, cultural orientation and travel for refugees going to the UK. IOM also supports national and local governments to develop integration programmes to advance the socio-economic well-being and resiliency of refugees and UK society through a two-way inclusion process, promoting thriving, multicultural communities.

Singing from around the world for Refugee Week 2022