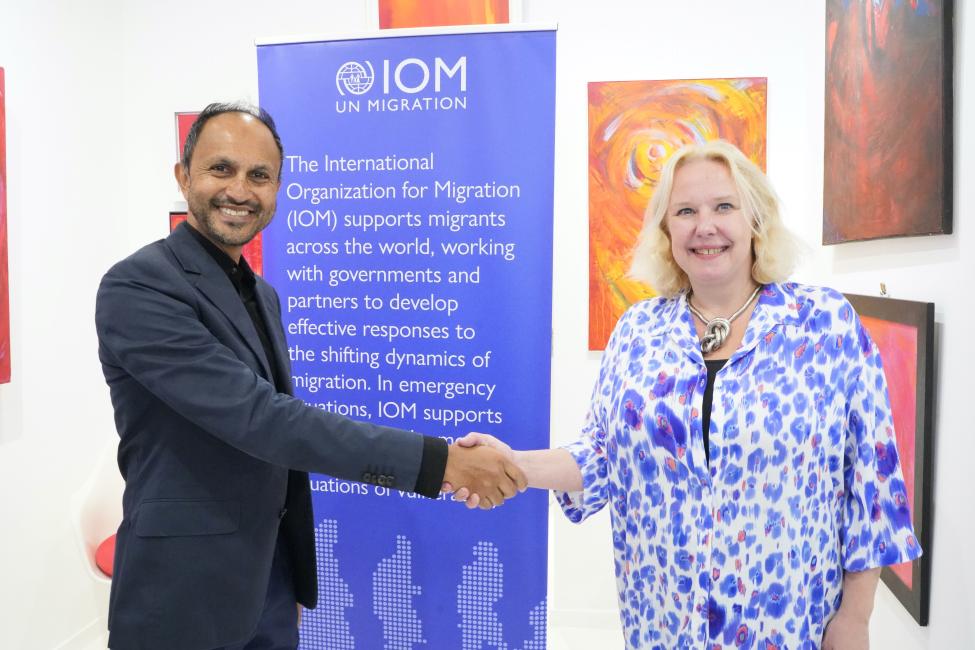 London - Since the outbreak of the war in Ukraine, many civil society organisations and individuals around the world have mobilised in solidarity with those affected by the conflict, including in the UK where London-based artist Beatrice Covassi has recently donated to IOM the proceeds of her latest exhibition “A European Journey”, hosted by J/M Gallery on Portobello Road.

To date, more than 12 million Ukrainians and third-country nationals have already been forced to leave their homes since the beginning of this war. More than 6 million people have fled the country, according to the data collected by UNHCR. Another 6,2 million people are displaced inside Ukraine, according to IOM’s data, including over 280,000 third-country nationals.

During the opening of the exhibition, IOM UK’s head of office Tauhid Pasha highlighted that “IOM has been in Ukraine since 1996 and is committed to staying and delivering vital assistance to those fleeing the country, the internally displaced, migrants and local communities”.

As part of the Global DTM Support Team, Robert Trigwell was recently deployed to Ukraine to support IOM’s emergency response on the ground: “We saw first-hand the price that civilians are paying for this conflict; women and children, the elderly, and people with disabilities have been disproportionately affected. At this stage, support remains vital in order to address the most pressing needs of both displaced and non-displaced persons, such as access to health services and education, as well as rehabilitation of damaged homes”.

Artist Beatrice Covassi recounts that "as the conflict in Ukraine started and refugee crisis began to unfold Beatrice Covassi says she felt compelled to take some action to help civilians: "I was preparing my first exhibition in London when the conflict started and my first thought was how can I help?". Covassi, who is also a Minister Counsellor for Digital Affairs at the newly established EU Delegation to the UK, tells that she was "happy to meet with IOM team and hear their testimonies of the relentless work they are doing on the ground". 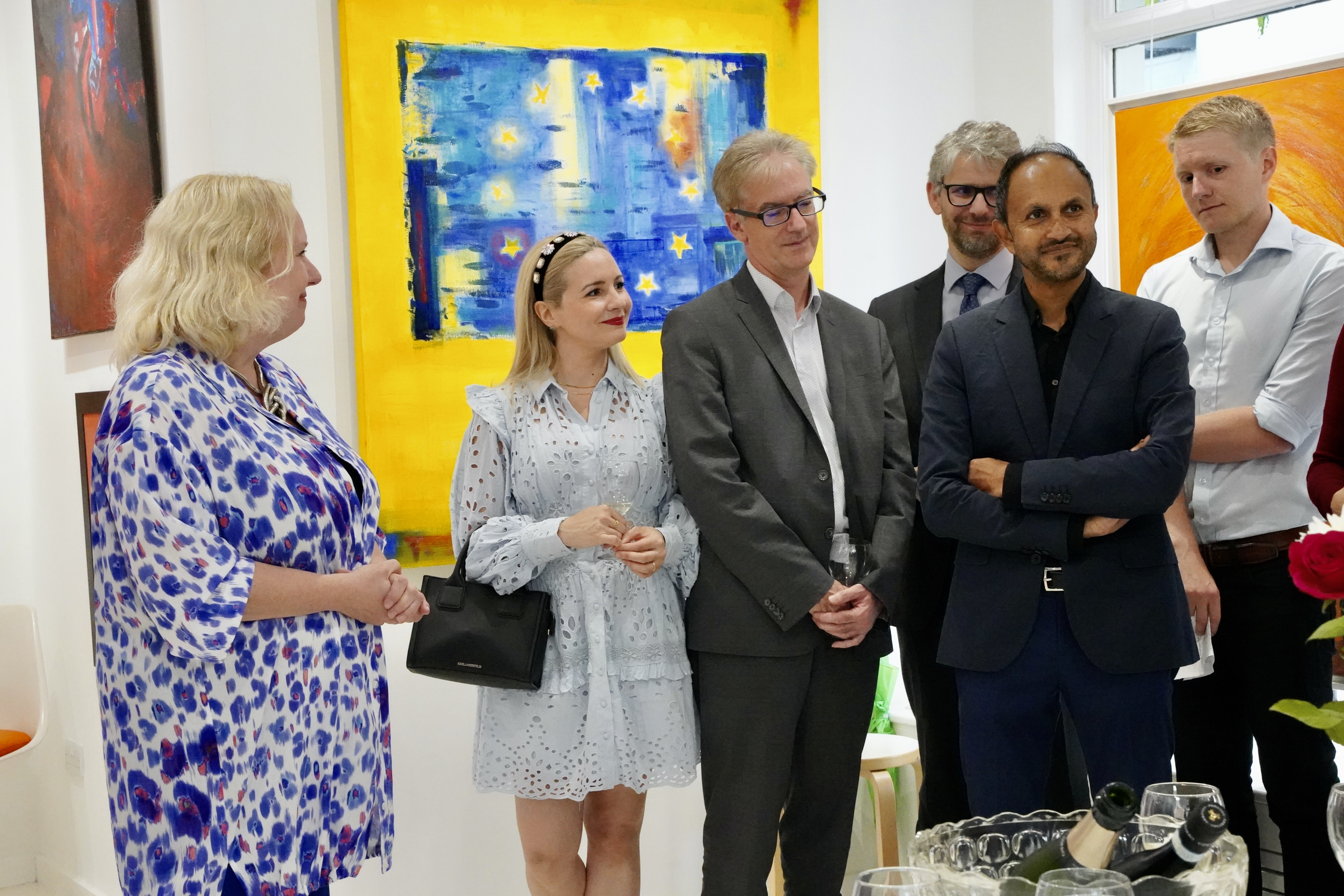 The exhibition A European Journey took place at J/M Gallery on Portobello Road in Notting Hill, London, between 29th June and 5th July and was curated by Vittoria Beltrame.

The generous donation by artist Beatrice Covassi will support IOM's life-saving assistance on the ground. Read more about IOM’s operations in and around Ukraine.

Singing from around the world for Refugee Week 2022